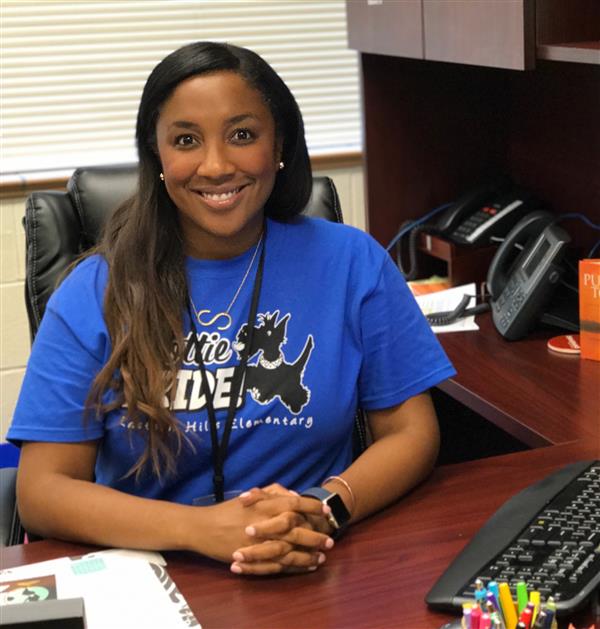 Whitney Scott was born and raised in Fort Worth, Texas. She is a graduate of Paul Laurence Dunbar High School. Upon graduation from Dunbar High School, Ms. Scott attended the University of Texas at Austin, where she received a Bachelor’s Degree in history with a minor in government. She went on to receive her Master’s degree in Educational Leadership and Policy Studies from the University of Texas at Arlington.

In her free time, Ms. Scott enjoys serving, reading, shopping, and being in the company of her family and friends. Ms. Scott is excited about serving as principal at Eastern Hills Elementary School. She is dedicated to working with all stakeholders to ensure that every student leaves Eastern Hills with a strong foundation that will allow them to be positive contributors to our society. 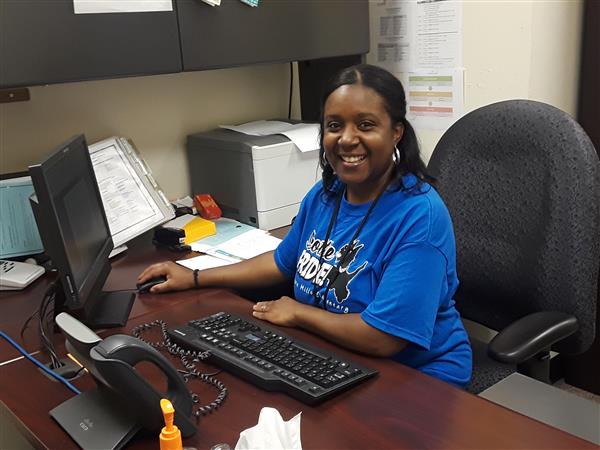 Tiffany Hayes was born in Pacific Northwest, but grew up and graduated high school in Oklahoma City, Ok.  She earned her undergraduate degree in Spanish from Texas Christian University and later went on to earn her Masters in Educational Leadership from Walden University.  She began her career with Fort Worth ISD in 2003.  Mrs. Hayes taught at I.M. Terrell Elementary for nine years.  She then went on to be a Data Analyst for three years at Christene Moss Elementary.  She then served as Assistant Principal at Mitchell Boulevard Elementary for two years.  Mrs. Hayes is a proud wife and mother!  She enjoys cooking, reading, traveling and spending time with her family.  Mrs. Hayes is excited to serve as the Assistant Principal at Eastern Hills Elementary and will build meaningful and positive relationships with all staff, students and parents. 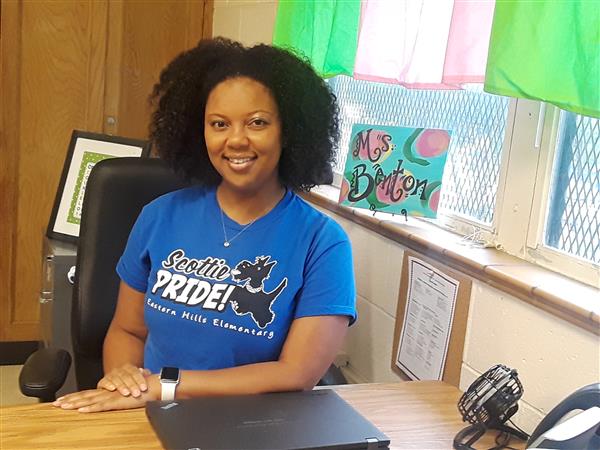 Veronica Benton was born and raised in El Dorado, Arkansas. She received her Bachelors of Science in Education from Southern Arkansas University in 2003. Upon graduation she returned to her hometown and taught in the El Dorado School District for one year. In 2004 her career began in Fort Worth ISD at Edward J. Briscoe Elementary where she taught for eight years. During this time she completed her Masters of Arts in School Counseling at Amberton University. For three years she served Eastern Hills Elementary as their Data Analyst until being promoted to the role of School Counselor in 2014. In her free time she enjoys spending time with family and friends, online shopping, relaxing at home, and serving the community with her sorority sisters of Alpha Kappa Alpha Sorority, Inc. 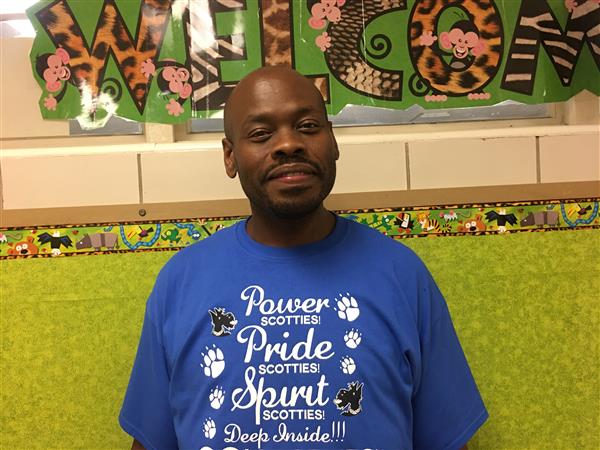 Gregorey Thomas was born and raised in Ft. Worth, Texas. He graduated from the amazing Green B. Trimble Technical High School.  After high school, Mr. Thomas attended the University of North Texas where he obtained a Bachelor’s Degree in Interdisciplinary Studies.  He then went to graduate school in Little Rock, Arkansas and obtained a Master’s Degree in Educational Administration and Supervision at the University of Arkansas at Little Rock.

Mr. Thomas has 14 years of teaching experience in grades second through fourth.  His teaching career started back in 2001 at Alice D. Contreras Elementary (FWISD) located in Ft. Worth, Texas. In 2006, he moved to Atlanta, Georgia where he worked at Adamsville Elementary which is a part of Atlanta Public Schools for four and a half years. In 2012, he moved to Little Rock Arkansas where he taught fourth grade at Franklin Elementary for Little Rock School District. Finally, in 2015, Mr. Thomas moved back to his home state of Texas and started teaching at Eastern Hills Elementary (FWISD). This school year (2018-2019), Mr. Thomas is excited about becoming the Math Coach for Pre-K through Second Grade at Eastern Hills Elementary.

During his free time, he enjoys working out at the gym, riding his bicycle, swimming, and spending time with family and friends. 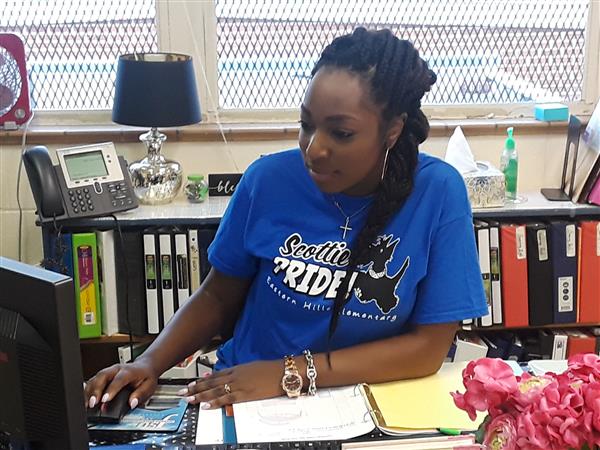 A native of Mississippi, Adrienne Jenkins moved to Texas one year after completing her graduate program at Belhaven University, and three years after completing her undergraduate studies at Jackson State University, where she studied Psychology. Her passion for education almost seems hereditary as her mother was an educator for 25 years. Ms. Jenkins officially began her exciting career in education after being selected for The New Teacher Project/Fort Worth Teaching Fellows. After successfully completing her fellowship, she was presented with the esteemed opportunity to work in Fort Worth Independent School District, first as a 6th grade ELA teacher and now as Eastern Hills Elementary School's Data Analyst.

Tracy Barnett was born on Bitburg Air Force Base in Bitburg, Germany, but was raised mostly in the great state of Texas. She earned her undergraduate degree in History from Tarleton State University and later went on to earn her Masters in Educational Administration from Lamar University.  Tracy started teaching at Sagamore Hill Elementary in 2003 and then continued on to teach at Carter Park Elementary. She was excited to started at Eastern Hills Elementary last year as their Instructional Coach and is looking forward to continuing her support for teachers and students. Go Scottie Pride! 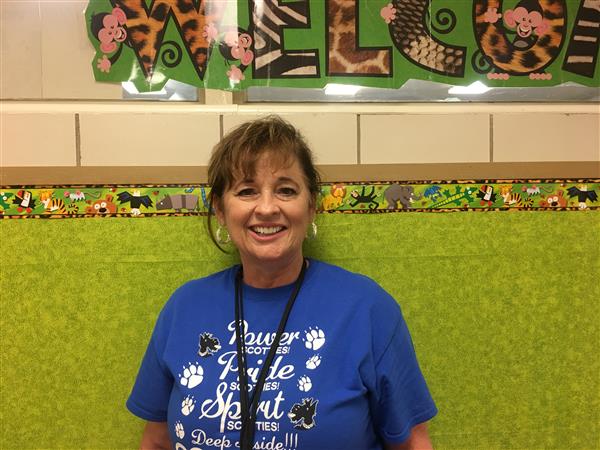 Mrs. Strickland is our Pre-K through 2nd grade Literacy Instructional Coach.  Prior to this position, she was a dyslexia specialist and taught in the classroom for 9 years spanning 1st through 4th grades.  Her education includes a Bachelor’s degree in English/Education and a Master’s degree in Curriculum/Instruction with an emphasis on Literacy.  She is a certified Reading Specialist and Reading Interventionist.  Mrs. Strickland has been married for 27 years and has 3 children.  She enjoys reading, yoga, traveling, and cooking.  She is proud to be an Eastern Hills Scottie!