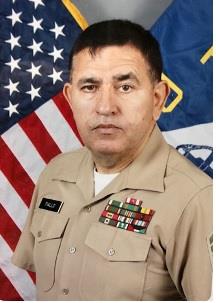 Sergeant Major Fiallo became a JROTC instructor in August 2002. He retired from the United States Marine Corps after 30 years of military service. He holds a Bachelor's of Science in Management and a Master of Science in Management with a focus in Strategic Planning and Leadership from New England College. Sergeant Major Fiallo served two tours as a Drill Instructor and Lead Trainer for Recruit Training in Parris Island, South Carolina and Officer Candidate School training in Quantico, Virginia. Sergeant Major Fiallo developed and trained over four thousand young people in a regimented environment across the United States to include creating a Program of Instruction for Drill Instructor School in Colombia, South America.

Sergeant Major Fiallo also served as an instructor of a Senior Enlisted and Officers Academy where he taught several subjects such as Counseling, Staff Management, Drill, Close Combat, Land Navigation, Alcohol and Drug Abuse, Leadership at all levels, and Physical Fitness.

He served as an advisor to numerous junior and senior Commanding Officers and General Officers and has been recognized for leadership, project management, and process engineering of many Marine units. Sergeant Major Fiallo is a combat veteran who served in air wings, ground and combat service support, tanks and artillery units. He has been awarded numerous awards and decorations.

Sergeant Major Fiallo was employed with Battery Creek High School in Beaufort, SC prior to relocating to Arlington Heights High School, Fort Worth, TX in August 2003.