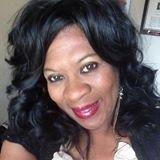 Ms. Bellizan is a native New Orleanian, who graduated from Xavier University with a BA degree in Mass Communications. She also holds a MSEd degree in Educational Leadership from Kaplan University and is completing a Masters of Arts degree in New Media from Full Sail University. Bellizan's first job out of undergraduate school was as a Traffic Coordinator at WDSU TV (NBC affiliate) in the Sales Department. From there, she transferred to Los Angeles and worked for Fox Television Network and KTLA in Los Angeles. In 2003,

In 2003, Bellizan was honored to be named the Women of the Year by City Business Magazine. This recognition led to an offer to produce a local magazine. Her passion for television and education also led her to start a youth group, SWAG INK University in 2012. It was organized to encourage youth ages 14 – 21 into entrepreneurship, careers and higher education. Within this program, participants do reality show-based videotaping during meetings and events for learning purposes. Bellizan is excited to be joining the YWLA Digital Media and Animation department this year!