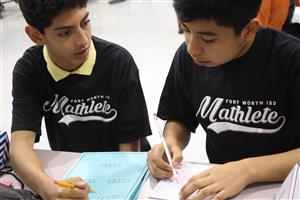 Competing teams earned points for how they performed in the following math games: 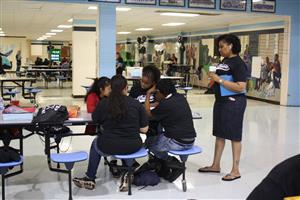 Organizers say the Middle School Problem Solving Competition is designed to build student confidence and success using math concepts learned throughout the year in class and daily occurrences while also igniting a passion for learning.

Follow us on Facebook and Instagram at @FortWorthISD to see the weekly Math in the Middle equation! Each week Fort Worth ISD will post a math problem that focuses on middle years math. Post what your student thinks the answer is in the comments!