FWISD Welcomes Six New Members to the Wall of Fame

Fort Worth ISD welcomed six especially accomplished alumni to its Wall of Fame on Monday, June 17, 2019. Five of the six men and women were in attendance, including a flight director who helped bring Apollo 13 back to earth safely and a Broadway star who brings down the house nightly. 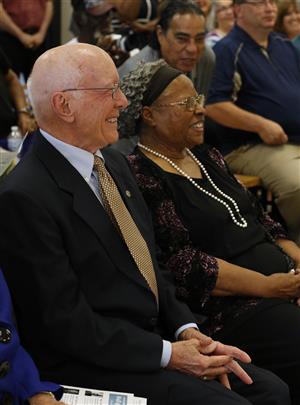 Superintendent Kent P. Scribner hosted the event, which you can watch in its entirety at: https://youtu.be/hdjgF5zzL9U.

The six new members of the Wall of Fame are:

The Wall of Fame is located at the Fort Worth ISD administration building at 100 N. University Drive in Fort Worth.