World Premiere of '5700 Ramey Ave: The Story of Robert Hughes' Documentary Set for May 2

The world premiere of  “5700 Ramey Ave: The Story of Robert Hughes”, a feature-length documentary, chronicling Coach Hughes’ nearly 50-year career, is this week.  The black-tie, red carpet event will take place at 6:30 p.m. Thursday, May 2 at the Modern Art Museum of Fort Worth, 3200 Darnell St. 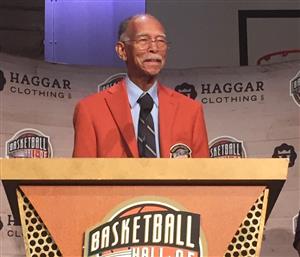 A panel discussion with Mike Byars, the documentary’s director and producer, former athletes who played for Coach Hughes, and others will follow the film along with a reception.

Mr. Hughes, who holds the record as the nation’s winningest boys’ high school basketball coach, led boys’ basketball at Fort Worth ISD’s Dunbar High School from 1973 to 2005 and the historic I. M. Terrell High School before then. In 2017, he was inducted into the Naismith Memorial Basketball Hall of Fame. Over a 47-year career, Hughes accumulated a 1,333-265 record, five state championships and 35 district championships.

For more details about the film, visit 5700rameyave.com.