JROTC cadets from Fort Worth ISD’s South Hills and North Side high schools are among the nation’s top 3% of JROTC programs participating in the National Leadership and Academic Bowl events this month in Washington, D.C.

Festivities were split over two weeks with JROTC Leadership & Aca 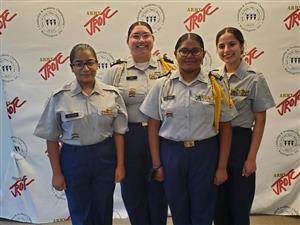 demic teams competing through mid to late July. Sponsored by the U.S. Army Cadet Command, this event brings together 40 JROTC teams from across the nation to test their knowledge of current events, leadership values and skills.

Cadets from both South Hills and North Side high schools participated in the following leadership contests, July 19-23: 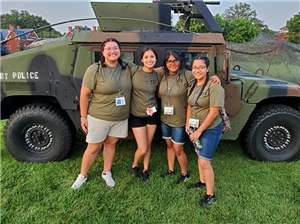 The South Hills JROTC Academic team participated in a Whiz Quiz- style competition against other JROTC programs from across the nation.

This is the sixth consecutive year FWISD’s North Side High School has had either a leadership or academic team compete in the national finals. The North Side JROTC leadership cadets are led by senior Army instructor retired Maj. Raul Padilla.