The number of courses calculated to determine a high school student’s class rank in the Fort Worth ISD is changing. 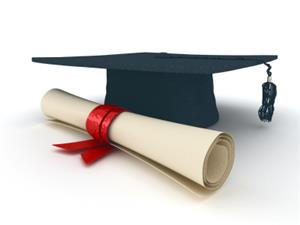 “It's definitely a shift, but we wanted to create a system that allows for students participating in a variety of programs to be competitive for class rank," said Maria Phillips, FWISD curriculum policy director.

Weighted and un-weighted GPA calculations and the tier system are not impacted by the class rank policy change.

With the class rank policy change, Fort Worth joins other districts that have transitioned to similar policies in recent years.

“In the state of Texas, every school district decides how they will calculate class rank, and many large districts have started moving, have already moved in the direction that we are moving towards,” Ms. Phillips said.

In 1997, the Texas Legislature passed House Bill 588, also known as the “top 10 percent rule,” which grants students finishing high school in the top 10 percent of their class automatic admission into most Texas public colleges and universities. The law was modified in 2009 for the University of Texas in Austin, requiring that “the university must automatically admit enough students to fill 75 percent of available Texas resident spaces,” according to UT admissions website. Currently, automatic admission is granted to students ranking in the top 6 percent of their class by the end of their junior year, according to University of Texas admissions.

The class rank policy change is the first in many years for the Fort Worth ISD and more than a year in the making.

Over the last year, the District sought feedback from students at each high school, student leaders, parents, campus administrators and higher education representatives. Two forums were held in January for parents about the possible changes, Ms. Phillips said.

The District also reached out to area districts like Dallas that recently moved to a similar policy for input on how the transition was made.

The change allows “students to continue in programs such as visual and performing arts, athletics, CTE, and other elective programs without the worry that the grades in those courses will ‘bring down’ their class rank,” Ms. Phillips said.

The new class rank policy will soon be available for viewing here.