Congratulations to Cheryl Penland--Teacher of the Year 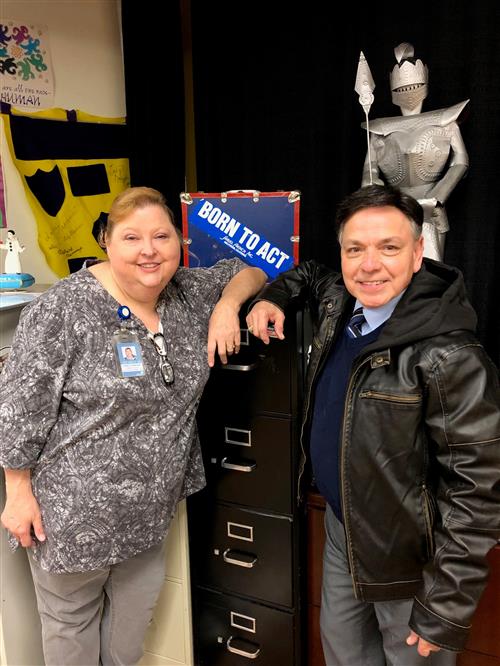 Congratulations to Trimble Tech's Fine Arts Chair and Theatre Teacher Cheryl Penland! Mrs. Penland was voted "Teacher of the Year" by the Bulldog Faculty and Staff.

Cheryl Penland has called Trimble Tech High School her home since 1994, when she began the school’s first theatre arts program. After graduating from Texas Wesleyan University in 1988, with a Bachelor of Arts in Theatre and Speech, she taught for five years at a private school for the performing arts. At Tech, she has twice been named Outstanding Teacher of the Year. She was the recipient of the Live Theatre League of Tarrant County’s Theatre Arts Educator of the Year Award in 2007-2008 and Drama Teacher of the Year by The Texas Film Institute in 2009. While working as an actress, she built film credits such as JFK, directed by Oliver Stone, Positive ID, directed by Andy Anderson, and TV credits for Relatively Speaking, Breaking Home Ties, and Storming Home. Her favorite on-stage roles include Olive in Odd Couple: Female Version, Sister Robert Anne in Nunsense, Truvy in Steel Magnolias, and Helen in The Secret Affairs of Mildred Wild. She has directed more than 100 productions and was a 2016 Nominee for the UIL Sponsor Excellence Award. Her former students are now making a huge mark on the Theatre/Film/TV communities across this country and in India as actors, stage managers, designers, choreographers, singers, and technicians. She was named the 2016-2017 Broadway at the Bass Teaching Chair of Excellence in Theatre and Dance and in 2017 was honored to be a finalist for the Tony Award for Excellence in Education.