"I had the privilege to recognize newly promoted Staff Sergeant Cody Vernon, USAF (TXANG) serving now with our neighboring 136th Airlift Wing at the Fort Worth JRB.  I joined with Cody’s father to “pound” (pin) on his fourth stripe to USAF Staff Sergeant, the beginning of the Non-Commissioned Officer (NCO) grades.

Cody has come a long way from his and my first year (2011) at WHHS when he came to us as a rosy-cheeked chubby little freshman.  After he graduated I had the chance to fly with him as his flight instructor inevitably signing him off for his first solo (where he flew by himself).  He also served as our Group Commander and represented us in his senior year at Camp Perry, Ohio at the All-Service Marksmanship Nationals, placing overall in the top five nationally.

SSgt Vernon heads out Sunday to attend Water Survival and Survival, Evasion, Resistance and Escape training (SERE) at Fairchild AFB near Spokane, WA; probably the toughest thing he has yet to go through…shy of actually becoming a real Prisoner of War.  This will complete his formal training as a Flight Engineer on the 136th’s C-130 aircraft.  He was previously qualified as a radio technician on the USAF E4B, before transitioning to the Texas Air National Guard from the active duty USAF where he served since his 2015 graduation from WHHS.

Cody has joined two of our other WHHS graduates with the 136th, Airmen First Class Arianna Martinez, currently deployed and serving as a security policeman, er, police-woman in Qatar (Middle Eastern Theater) and Airmen First Class Gerardo Garza who is now a fully qualified Loadmaster on the C-130.

Keeping WHHS proud and safe in the skies of North Texas: our students- our cadets- our young men and women, and our best!!! 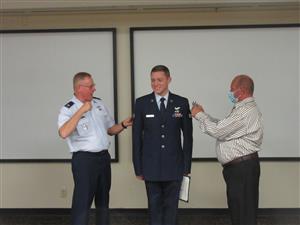 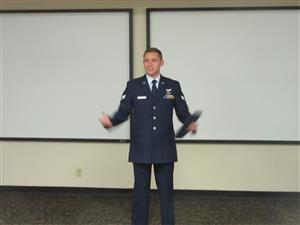 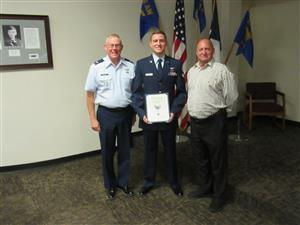 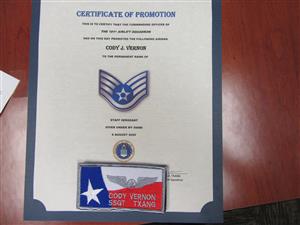