Fort Worth, Texas – The principals for Fort Worth ISD’s five new Leadership Academies were approved by the Board of Education on Tuesday, March 21.

The campus leaders for each school are: 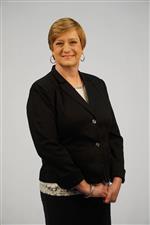 Tamara Dugan - began her career in Fort Worth ISD in 1999 at Forest Oak Middle School as a 7th grade math teacher.  She earned a Master’s in Educational Administration in 2002 while teaching at Leonard Middle School. Ms. Dugan was assistant principal at Mendoza Elementary and at Worth Heights Elementary, and, in 2004 was promoted to principal at Burton Hill Elementary where she served for 11 years. She became principal of John T. White Elementary in 2015.  She is married, has two grown sons, and two dogs. She enjoys traveling to Florida, gardening, baking, cross stitching, and fishing. 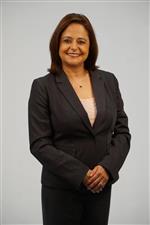 Aileen Martina- Quiñones – is a native of Columbia who earned undergraduate and graduate degrees in music from the University of North Texas. Mrs. Martina- Quiñones began her career in Fort Worth ISD in 1991 as a bilingual teacher at Sam Rosen Elementary where she was selected Teacher of the Year in 1993. She possesses a Professional Certificate for School Administrators from the University of Texas at Arlington. Before becoming an administrator, Mrs. Martina-Quiñones was a Reading Recovery teacher for two years and Instructional Specialist for two years. She was the first principal at Seminary Hills Park Elementary School in 2004 and became Rosemont Elementary principal in 2011. 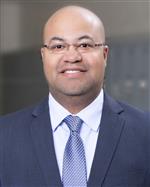 Steven Moore is the newest Leadership Academy Principal, having previously served at Bill J. Elliott.  His appointment was announced in June, 2018. 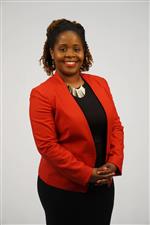 Valencia Rhines – began her career in Fort Worth ISD at Christene C. Moss Elementary in 2001 as a first-grade teacher. She then transitioned into a new role as a guidance counselor. She was a counselor at Handley Middle School for two years before becoming an administrator at Wedgwood Middle School, where she served as assistant principal and principal for a total of six years. She has been in her current role as principal at Como Elementary for the past two years. Mrs. Rhines believes being an educator is her calling and is honored to have served the students and staff in Fort Worth as a teacher, counselor, and in her current role as an administrator. She believes in the power of building relationships and loves to see ALL students be challenged, succeed, and prevail. In her spare time, she loves spending time with her family, traveling with her husband, and reading. 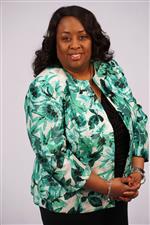 Seretha Lofton - has been an educator in Fort Worth ISD for 26 years.  She taught at Versia Williams Elementary, Western Hills Elementary, and Briscoe Elementary before becoming an Instructional Specialist at Eastern Hills Elementary School.  Additionally, she has served as assistant principal at both North Hi Mount Elementary and T. A. Sims Elementary.  For the last 11 years Mrs. Lofton has been the principal of Christene C. Moss Elementary School. Under Mrs. Lofton’s leadership, Moss Elementary moved from an “Improvement Required” campus to “Met Standard” in the 2015-2016 school year. Mrs. Lofton is a product of Fort Worth ISD and received a bachelor’s degree from the University of Texas at Arlington; a Master of Teaching degree from Grand Canyon University, and a Mid-Management Certification from Texas Christian University.  Mrs. Lofton and her husband are the proud parents of one child.

Each school will soon hire new teachers from a pool of highly qualified educators. These employees will receive a significant financial incentive for their three-year commitment to improve the academic outcomes at these campuses.

The schools will operate on an extended-day schedule, remaining open until 6 p.m., and serving breakfast, lunch, and dinner.  The donation from the Rainwater Foundation will pay for after-school activities and tutoring. Additional donations will pay for student uniforms.

The new Fort Worth ISD Academies will embrace a strong culture of high expectations and both teachers and students will receive a multitude of resources to make that happen. Parents at each of the five campuses will be invited to meet with Dr. Scribner in group sessions this month where the District will not only explain the new plan but also listen to their ideas.