New School Board Trustees Sworn In 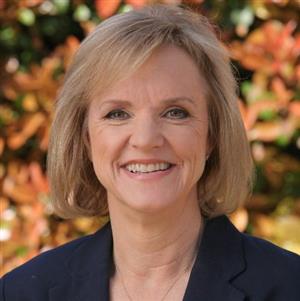 (Fort Worth, Texas) Following an official canvassing and acceptance of the voting results in the recent Fort Worth ISD Board of Education election three new members, and one returning incumbent, took their oaths of office and went to work at the May 14 Board meeting.

Current president and District 2 representative Tobi Jackson, surrounded by family and friends, was first to take the oath of office. Mrs. Jackson was first elected in 2010 and this, her third term, will expire in 2023. Ms. Jackson represents east Fort Worth including Eastern Hills and Polytechnic High Schools. Mrs. Jackson’s children are both graduates of, or currently enrolled in Fort Worth ISD schools. She currently serves as the CEO of Fort Worth SPARC.

Next to assume official duties was newly elected trustee Quinton “Q” Phillips. Mr. Phillips succeeds Mrs. Christene C. Moss who, after serving 29 years on the Board, decided not to seek re-election. Mrs. Moss was the first African American to serve as Board president. Mr. Phillips' district encompasses FWISD schools in southeast Fort Worth including Dunbar High School (his alma mater) and the Young Men’s Leadership Academy. He has spent more than a decade helping to facilitate a cultural diversity and leadership camp for high school students and has now served the Multicultural Alliance for two decades.

The newly elected trustee representing District 5 is Ms. Carin “CJ” Evans. District 5, in west Fort Worth, includes Arlington Heights High School, Stripling Middle School and Tanglewood Elementary. Outgoing District 5 representative Mrs. Judy Needham, a 35-year veteran of the Board, stood next to Ms. Evans as she recited her oath of office. Ms. Evans’ four children attend Fort Worth ISD schools. She has been practicing law in Texas for more than 17 years and is also licensed in Arkansas.

Lastly, Ms. Anne Darr stepped forward to assume the responsibilities of representing District 6. District 6 schools are generally in south Fort Worth and include South Hills and Southwest High Schools and the Alice Carlson Applied Learning Center. Ms. Darr replaces Dr. Ann Sutherlandwho, after serving 10 years on the Board, decided to step down. Ms. Darr and her husband still have children attending Fort Worth ISD schools. She currently serves as the Educational Consultant for Deaf/Hard-of-Hearing Services at the Education Service Center Region 11.