The Fort Worth ISD community is saddened by the death of retired educator and secondary operations director Roy Hudson Sr. 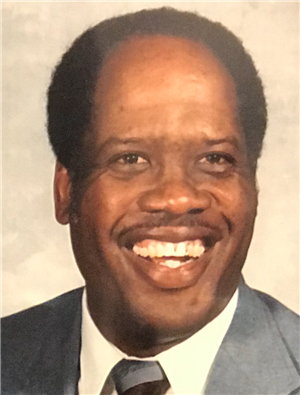 A wake for Mr. Hudson will take place from 6-7 p.m. Friday, September 6, with a funeral service slated for 11 a.m. Saturday, September 7. Both services will be held at Great Commission Baptist Church, 7700 McCart Ave., Fort Worth.  Funeral arrangements are being handled by Baker Funeral Home, 301 E. Rosedale St. in Fort Worth.

Mr. Hudson worked for FWISD more than 40 years. He joined the District in 1964, and over the span of his career, he served as a middle and high school mathematics and science teacher, coach, principal and secondary operations director. In his time at FWISD, Mr. Hudson worked at multiple campuses including Meadowbrook, Wedgwood, and McLean middle schools, the Dunbar seventh and eighth-grade center, and in the Central Administration Building. He retired in 1998. After retiring, he worked four years as a FWISD substitute. He returned to the District in 2015 as a substitute administrator, a role he served in until January 2019.

“Roy Sr. will forever be remembered for his dedication to being a positive influence in the lives of young people relative to acquiring academic excellence and being productive citizens,” the Hudson family wrote in a statement.

Born in 1933 in San Angelo, Mr. Hudson was one of five children. He earned a bachelor’s degree from Prairie View A&M University and a master’s degree in education from the University of North Texas, formerly known as North Texas State University. He enlisted in the U.S. Army and served as a first lieutenant.

All of us at Fort Worth ISD extend our deepest sympathy to the Hudson family.